Chartres Light Show is one of my family's favorite event, especially for my kids. When the night comes, monuments and principal building start to shine. My kids keep saying "wow...!" every time we have a night tour.

Chartres Light Show is a sweet the harmony between heritage sites that represent middle age culture and the light and sound of a new technology of Scenography.

New schedule - the light show now begins on April to September every day from 10pm until 01 am.

Enjoy this magnificent artworks that illuminate most of the historic sites in the old city of Chartres like cathedral, the media Library, theater building, the old city and many more. 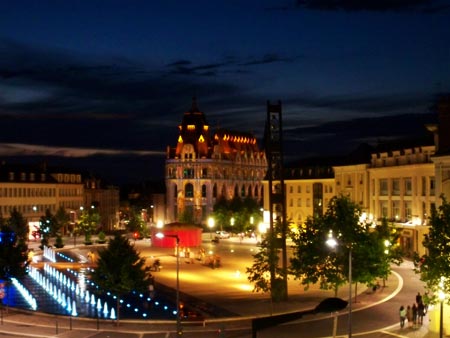 Beautiful colorful light illumine historic places and some principal buildings during the event. History reading and sometime the strains of music accompany the dynamic and static light show that projected on the building walls. 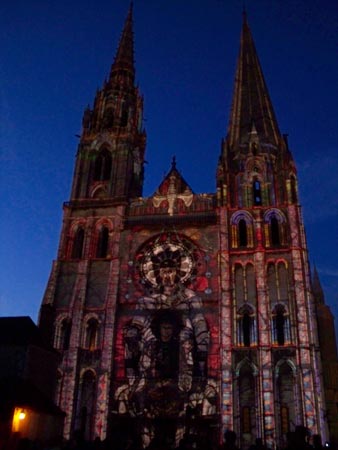 The facade of Chartres cathedral

Enjoy the light show on the little tourist train

There are several ways on how to visit those illuminated places - you could take Le petit Chart’Train, the little white train which always ready stand by next to the cathedral. However you cannot visit all illuminated places - at least you can see the major sites like the old city along the river, Chartres theater, l'Apostrophe, Royal and South portal of the cathedral, Hôtel Montescot, Place Evora and St. Pierre church.

The conductor will be your guide - he stops the train in front of the illuminated sites and starts to explains what is the story behind it through his audio transmitter. 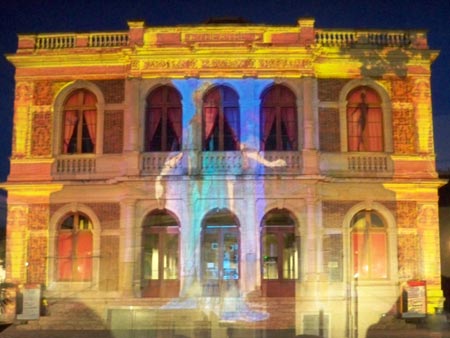 I took the picture of Chartres Theater above while we had a night tour on the little train. The glass window on the left side of the train has caused reflections as seen on the lower part of my pictures. Also, it was hard for me to keep my camera steady while sitting on the train.

You can see clearly the glass reflection on the lower part of my photo above! So sad I couldn't get any better images...

Anyway, although I could not get good pictures as I wanted, we really enjoyed our night tour that night. My kids already asked me for another ride on the train for next year! Hmmm... I also think about some night tours on foot to get better photos and perhaps some videos. Well... let's see next year!

Walking tour is the best choice for night photography

Another way is doing a night walking tour. If you love night photography, this would be the best way to get your best shots. You will have more times and flexibility to take your best pictures on each illuminated sites with your camera equipment like tripod etc. 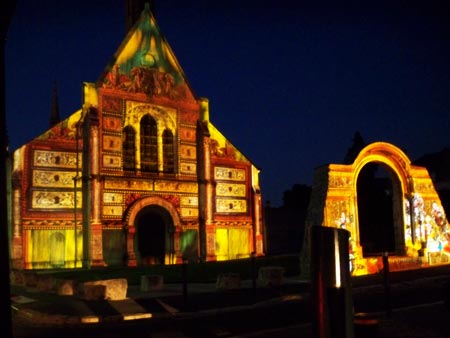 The chapel of Sainte Foy

In some occasions, walking tour or even a bike tour in group is organized. If you are interested, keep an eye on the next date of this event on Chartres Events Calendars.

The first event is the music festival - free street concerts from group bands with any kinds of musics in every corner of the street and while at the time, we could also see the colorful light show.

The second one is Chartres Water Festival. If you wish to witness this festival under the light show, be sure to be along the Eure river in the old city (basse ville). 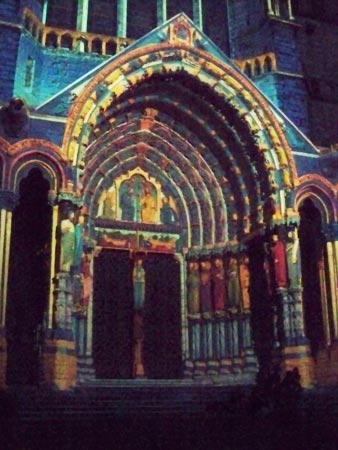 The grand event Chartres Light Show has been scheduled! This year, the show is two weeks longer than before! The colorful illumination starts to decorate 29 historic places and monument in Chartres from April 12 until October 12. You can see the light show every day after dusk (around 10pm) until 1am. 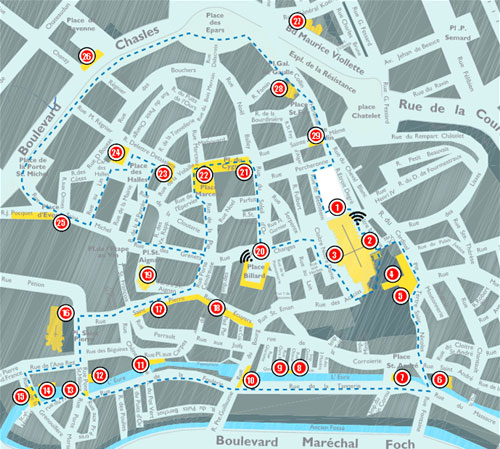 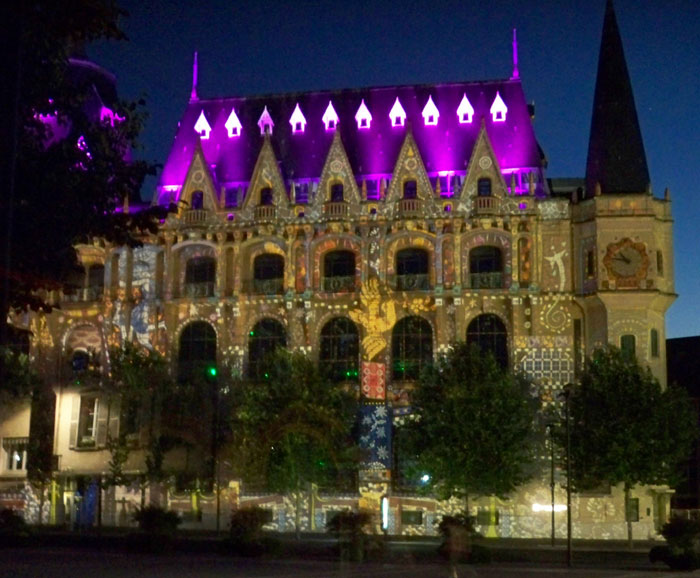 Hope you enjoy the light!