Step out from the Bishop's Palace Garden gate then you can find Saint Andrew collegiate church - La Collegiale Saint-André on the end of têtre Saint-Nicolas. We can see the church from this garden... can only see the roof though...

The initial church building was built on the ruins of a Gallo-Romain amphitheater in late of 10th century.

In 1108, Bishop Yves de Chartres set up the church as a collegiate church and administered by 12 priests. It became then the most important parish in Chartres. 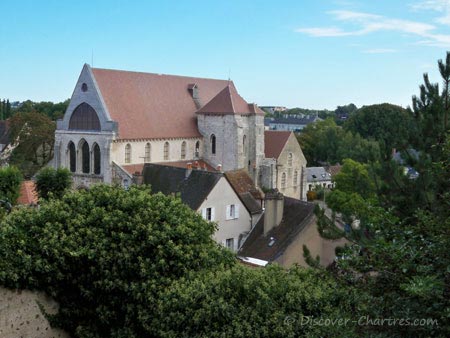 The famous fire of 1134 has destroyed the church and left nothing but the crypt. The reconstruction of the church in Roman style had been taken in 11th century and finished in the middle end of 12th century.

Enlargement the church with an arch over the Eure river in 13th century, later in in 16th century, Jehan de Beauce built a choir on it. The second arch was built over rue Massacre in 17th century to support the Lady Virgin chapel. 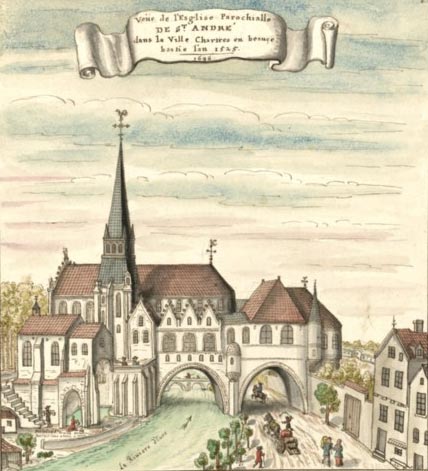 The French revolution has caused the closing of this collegiate church as a worship place in 1791.

The octagonal tower was demolished and the church was served as a fodder shop for the Calvary barracks until 1861, when the fire ravaged the building badly.

In 1805, due to a poor maintenance, the Lady Virgin chapel, which was built onto the second arch collapsed. The choir then was forced to destroy in 1827, for safety reason.

The church finally handed back to the city in 1883 and was served as an equipment warehouse. 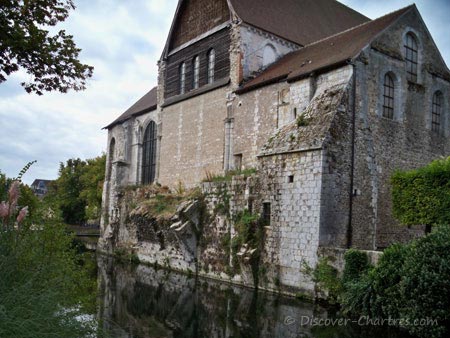 The remains of collapsed arches can still be seen today

During the World War II, the Germans troops served the church as a food and equipment store. They burnt the building when living Chartres in August 16, 1944.

After a comprehensive restoration that began in 2003, Saint Andrew collegiate church now has a new vocation as a cultural center. 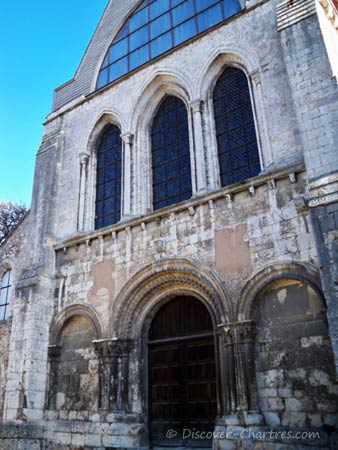 The roman portal - remains unchanged after the restoration

In late 1960s, Jean Trouvelot, a Historic Monument architect, turned the terrace of the collegiate church into a classical garden.

In addition, a medieval garden then was created in 1994 with different kind of aromatic and medicinal herbs that have been cultivated in the middle ages. 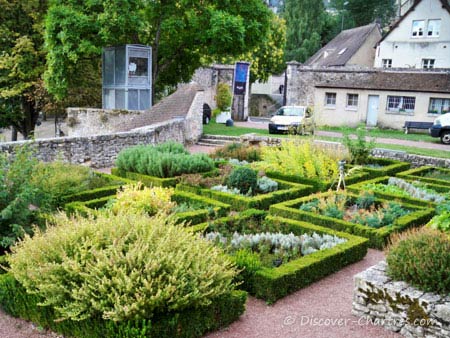 When is the opening hour?