Saint Aignan Church
The Most Ancient Parishes in Chartres

Saint Aignan Church was first built around year 400, in the era of pre-Romanesque, by the bishop of Chartres - later his name has given as the name of the church.The church is considered as the most ancient parishes in Chartres.

In its history, the church has suffered from several times fire in 12th, 13th and in the early 16th century, that rebuilding the edifice had become necessary.

The main portal in the center of the front facade was the only part of the church that preserved for the new church.

The church also suffered several times of change function during the French Revolution - it was once served as a military hospital, then once became a prison and even as a fodder shop.

It finally returned as a worship place in 1822. 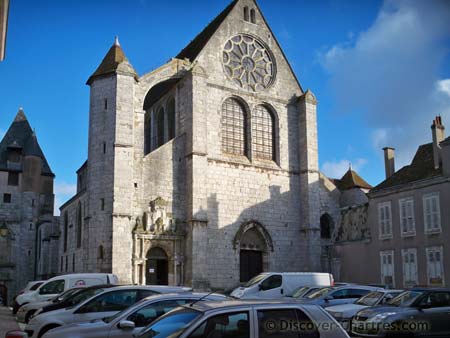 St. Aignan church as we can see today is dated back in early 16th C

As you can see from the photo above that the church look so simple but wait until you get inside!

It was our first visit to the church! We came inside through the smaller door just below the buttress. That day, I came with my best friend. A tourist lady who came inside at the same with us never stop wowing what she was seeing. 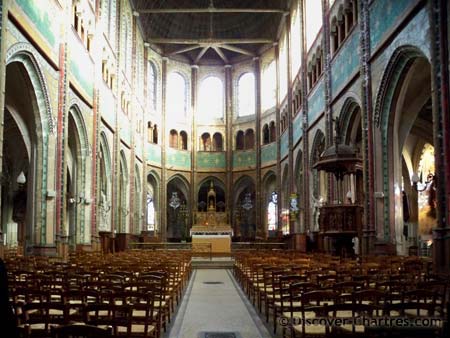 The central nave with 20m of height

This door lead us directly to north aisle... not exactly on the north though... a bit in the west... between north and west... oh help I'm lost! 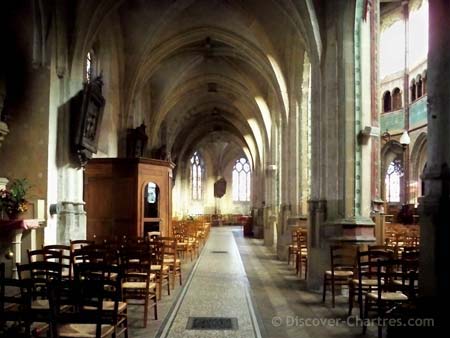 The west aisle with its Gothic vault 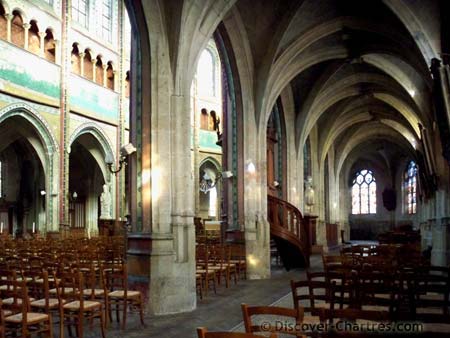 The Gothic vault in another aisle

Well, I know... I must admit that my photos do not reflect what the tourist lady said...

If you have a deep look at the photo, you will see the polychrome painting that covers the wall church - those in green colors. It was Boeswillald who did the painting in 1869. 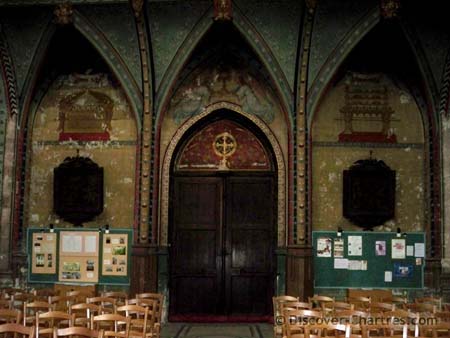 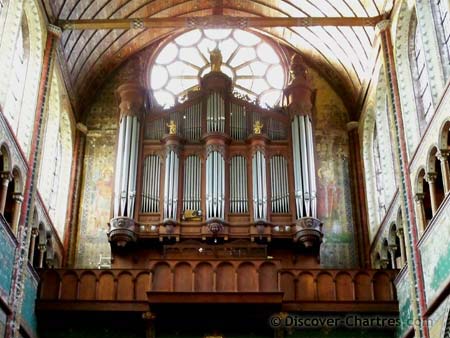 The pipe organ - just above the central portal

Guess what is so interesting in this church? Yes... the stained glass windows collections from the early 16th century.
I captured one of those windows with my camera as you can see below. 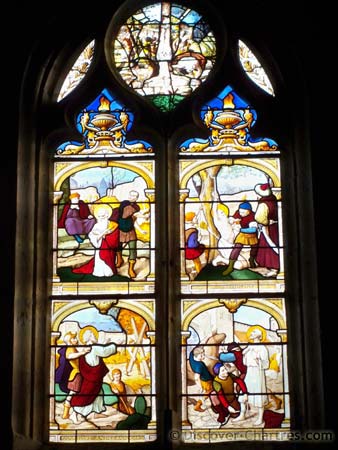 One of the stained glass windows collection in St. Aignan Church

You will find Saint Aignan Church in Place Saint Aignan. The easiest way is to find first Hotel de Ville then you just walk along Rue de la Mairie then turn to left. The church is bit hidden by the surrounding houses.

The church opens daily from 10 am to 12 noon and 2pm to 4pm and free entry. In case if the portal is closed, you should go to Secretarial Office at 16, Cloitre Notre-Dame to get the door key.