Highlight in 2012! - European Short Course Swimming Championships in Chartres! It was the first international swimming events which is organized in France since 1987!

After two times hosted French National Swimming Championships in 2009 and 2010, this year Chartres welcomes the best European swimmers from November 22 to 25.

French swimming team has made a fabulous performance in ECSC 2012 as they did in 2010 on European Swimming Championships in Budapest. They brought France on top of the medals table. See ECSC 2012 medals table here.

We had to notice how French champions won 7 medals in Olympic Games 2012 in London. They shocked the world by winning the gold medal for Men's 4 x 100m freestyle relay over USA and Australian team! 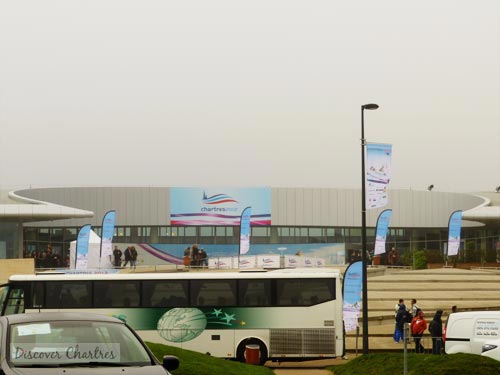 The championship will take place for 4 days in the largest aquatic center in France - L'Odyssee. There are 518 swimmers from 38 nations participate in this precious events. 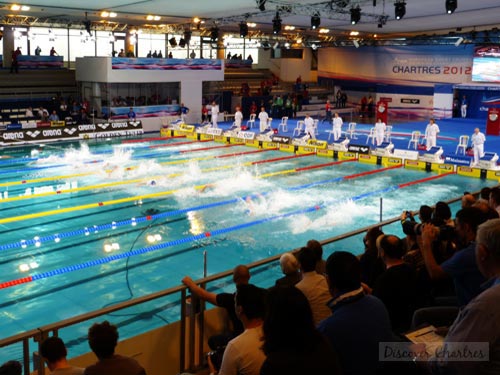 The heat series took place in the morning, while the semifinals and finals start in the afternoon. Click here to see the details programs of European Short Course Championship in Chartres 2012.

Chartres city offers some entertainments during the championship at Place des Epars like giveaways, concerts and watching the finales from a giant screen and... what most exciting is meeting the French swimming team. 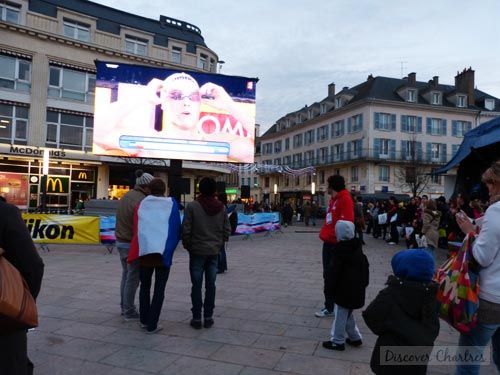 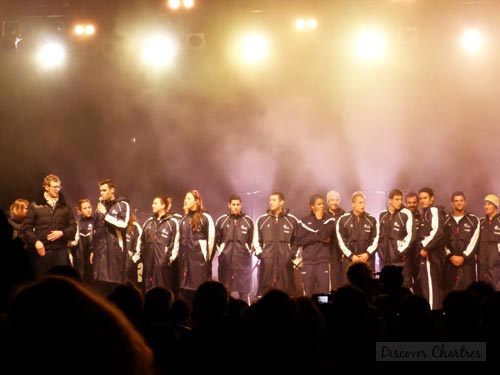 Surprise in Saturday night - the French Swimming team visit their supporters at Place des Epars, Amaury Leveaux and Gregory Mallet were among them!