Saint Pierre Church
Classified as a historic monument in 1841

Saint Pierre church is one of the old churches, which are the most prominent historic monument in Chartres. It is one of the remarkable building you would like to visit if you love medieval architecture.

I have no architecture background at all but from what I can see is that Saint Pierre church (Eng: St. Peter church) has similar architecture style to the cathedral - Gothic style architecture.

You can obviously see from its flying buttresses and compare them to those in Chartres cathedral. 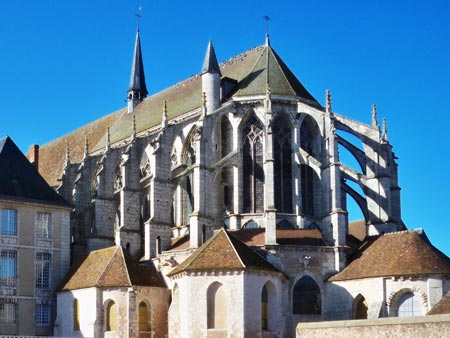 The flying buttresses of St. Peter church looks like the same style as those of the cathedral

Saint Pierre church was formerly an abbey church of the Benedictines of Saint-Père-en-Vallée, that was where the church name, Saint Pierre, came from.

This abbey church was founded in the 7th century with the help of Queen Bathilde, the wife of Clovis II. The most important vestige of the church is a convent buildings located on the south side, later rebuilt in early 18th century, and nowadays served as a school named Lycee Marceau. 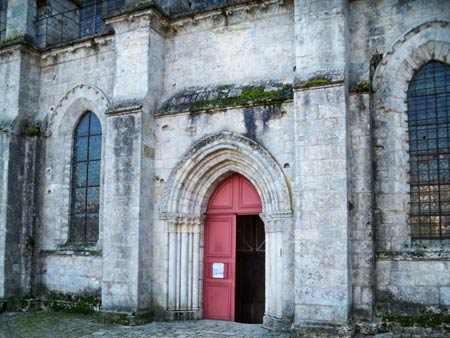 The red portal of the church

Do you see the red portal of the church? My first impression is that is not the original color and come from new age... however no explanation I could found about it. Anyway we would not bother about the red color, right?

Watch your steps as you pass the portal - the ground floor of the church is lower than the outside.

The most ancient part of the church is the bell tower on the west side. It is written on a board that the bell tower was built around year 1000! This means it has been standing on earth for more than ten centuries now.

St. Peter church has almost totally destroyed by fire in 1077 and the famous fire in 1134. Reconstruction of the apse and ambulatory has taken in 1165 under the direction of Bilduard with less financial support.

The tomb of Gilduin, a bishop of Breton, who died in 1077 and buried in the church was discovered during the work. 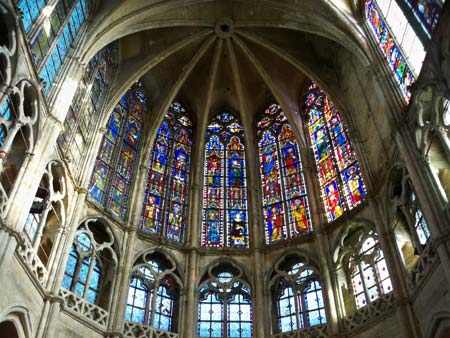 Different elements of the church were built in different times. The nave and the aisles dates from early 13th century. 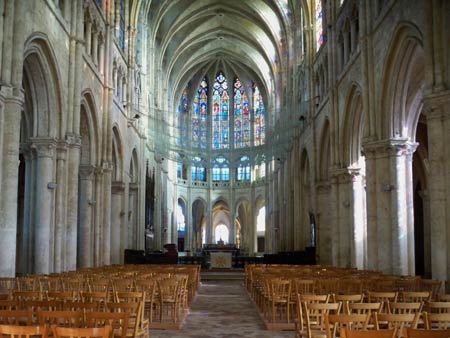 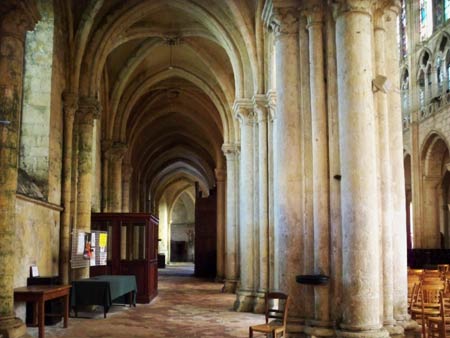 The first windows installed in 1265 were the upper clerestory windows. The open triforium windows give a bright light into the church. 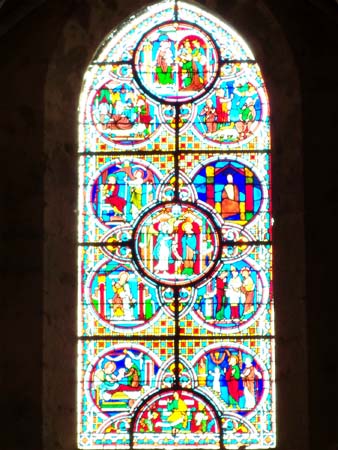 One of the window in Saint Pierre church 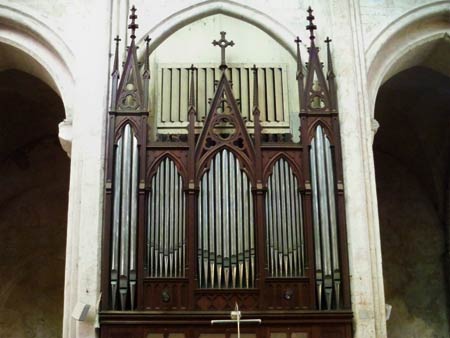 The pipe organ dates from 1867 and entirely restored in 1990

During French revolution, the church has seized and served as a saltpeter factory - then finally returned to its original function as a worship place in 1803 and nowadays regularly host the Organ Festival.

This church has listed in historic monuments list in Chartres in 1841. 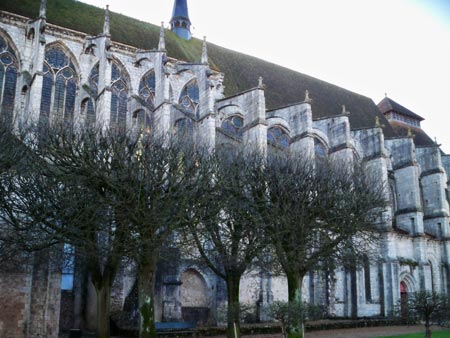 Side view of the church

Saint Pierre church opens from Monday to Friday at 2pm to 6pm and you can enter the church for free.