That means there is a vineyard in Chartres? Ah oui...oui! Grape Harvest Festival, also known as Fête des Vendanges bring us back to the agriculture practices and traditions in the middle age. It also shows the local agriculture richness such as wine and drinks, honey productions and crafts.

Fête des Vendanges is held annually in two days on a weekend in September and a mess at the cathedral on Sunday morning.

The first day of the festival is centered in Place de Epars and Hôtel de Ville. Whenever you see a group of farm animals take over the main street in the city center, then you will understand that fête des vendanges is taking place. 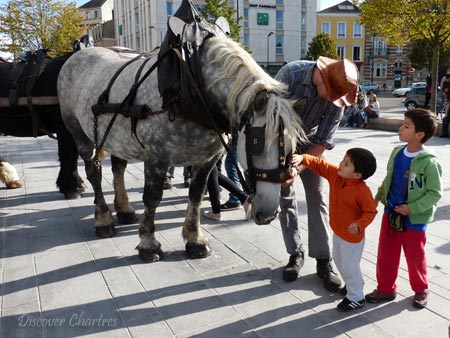 Place des Epars turn into a mini zoo! On the photo above is my youngest boys who caressed one of the horse while his big brother was waiting for his turn. 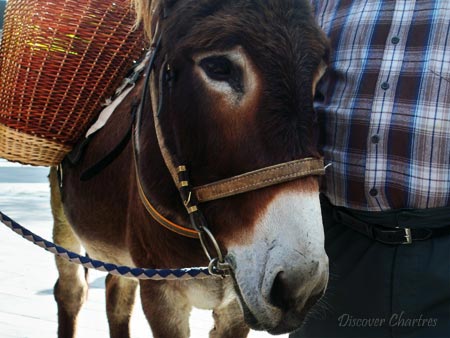 There were donkeys too... This photo was taken by my 8 years old boy! 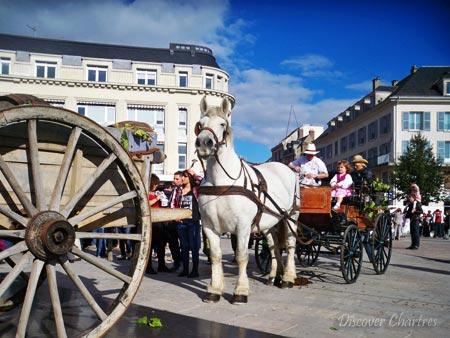 Another photo taken by him - a horse-drawn carriage with a little 'princess' on it... my daughter loved so much to replace the princess but unfortunately it was not for everyone! 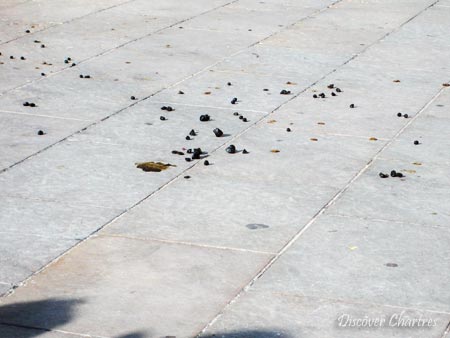 My boy was so interested to take pictures of those black things... the sheep poop! A group of sheep was also present that day and of course they pooped. My kids called their things as grenades and they were everywhere... beurrkk! 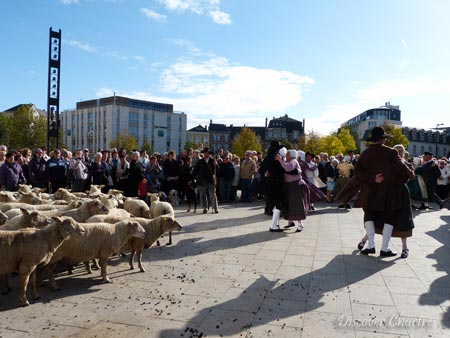 Here they are the guilty... dropping all those "grenades" while watching the dancing couples. But still, they were so cute, weren't they? 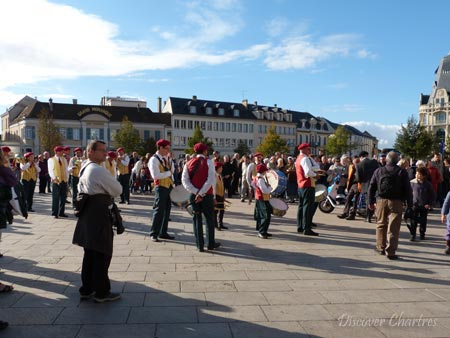 The festival continued on the next day which was centered in St. Brice neighborhood - in Eure riverbank walkway, also known as Promenade des Bords de L'Eure.

Best weather we had that day and the best thing to do is bike tour to the riverbank! 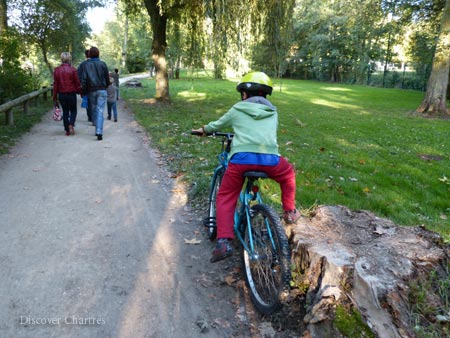 That's my boy on his bicycle...already asked for a little 'pause'!

Some entertainment for kids and also for those who is curious for how to artisans things and medieval agriculture practices, not to mention the farm animals and artisan market... all of those stuffs were enough to attract many visitors. 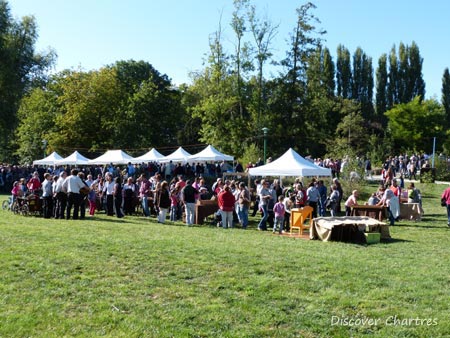 Surprisingly crowded! The sun was on our side that day...just like in summer. 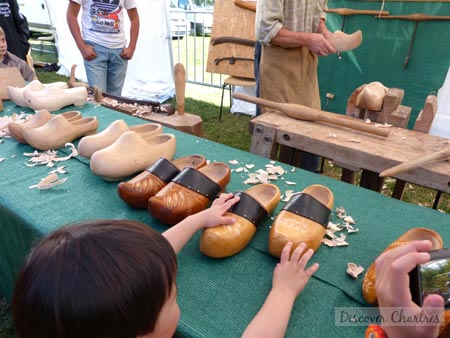 Remarkable artisan works like wooden shoes and wood sculptures... I was interested on those tiny fingers who never stop touching those shoes! My boy was so curious huh? 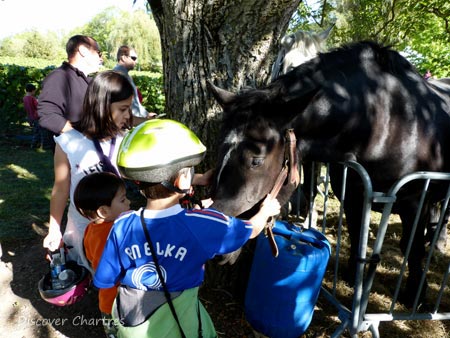 Children love horses... I had to stay here long time enough to let my kids having fun with the horses. 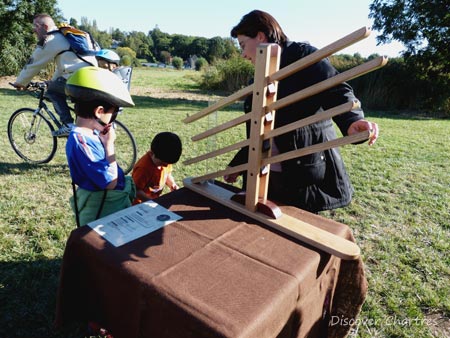 Or played with ancient wooden toys... 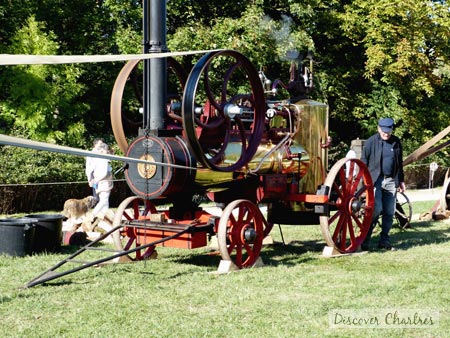 The old steam machine represented the agriculture practices in the middle age. 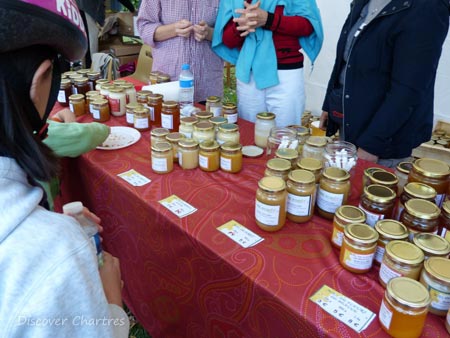 Buying some souvenirs before return home... raw honey (hopefully) of different plants. I took sunflower honey, clover honey and chestnut honey - less expensive and more types of honey than those in the supermarkets. 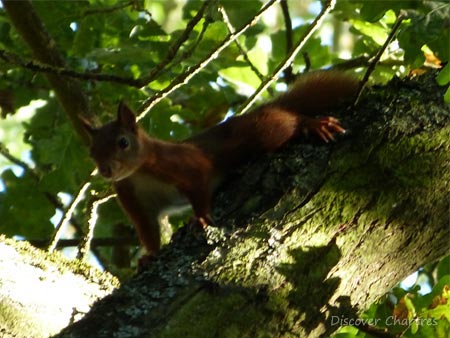 On our way back home, we met a cute inhabitant of bords de l'Eure - the squirrels! It was not easy to take good picture of these animals, they move from one tree to another pretty fast.

Bye bye little squirrel...see you again on the next grape harvest festival!