We are in the second period of summer vacation! Yep, a real summer this year! We experienced a heat wave (almost 38°C) since the beginning of the season, contrast to last year where we had many rain and windy, average temperature is around 23°C in daytime.

But hey... the weather should not be a reason of giving up your vacation! Let's move on to Chartres Events August this year and find out things to do ideas in Chartres. 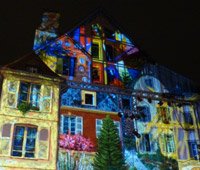 When: April 12 to October 12
Where: Chartres city center

Chartres en Lumière - the city will be nothing without the light! That is why Chartres is also known as the Capital of Light!

What's NEW in 2014 ! : the light show will last longer from on April 12 through October 12, which means two week extra time! New animations onto 23 museums and historic sites, you should not miss this!

The show starts right after the dusk (around 10pm) until 1am. You can enjoy it in many ways; by riding the white little train (le petit chart'train) - depart from cathedral (no reservation needed for individual), by bicycle or walk! The last one is perfect for getting the best night photography. 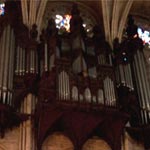 When: August 24
Where: Place des Epars and Boulevard Chasles 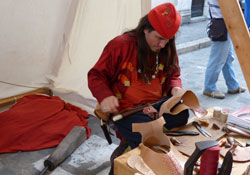 When: August 30 - all day
Where: Rue de la Porte Guillaume

A merchant contest which bring us to the medieval age tradition. Contestants, who are mostly local merchants, sell their products and or show their know how skills and dressing like people in the middle age.

Please be sure to check out and confirm Chartres Events August 2014 by yourself before heading out to avoid any disappointment due to schedule changes or cancellation!