Weekend Henri IV celebration brings us back to 16th century - the day when Henri IV was crowned in Chartres in 27 February 1594.

Henri IV was the only french king who has crowned in the medieval city, precisely in Chartres cathedral at Vêndome chapel.

The king was born in Pau, Béarn as Henri de Bourbon, the son of Queen Jeanne III of Navarre and Antoine de Bourbon, Duke of Vendôme.

Henri IV was one of the most popular king in France who put really concern of the prosperity of his people. His famous quote was 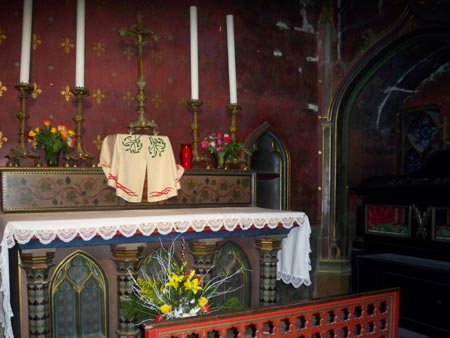 La Poule au Pot (Chicken in the pot) is actually the best festive dish of Pau, where the king come from.

Today, to pay tribute to the coronation of Henri IV in Chartres, several restaurants highlight la poule au pot dish on their menu of the day during Weekend Henri IV.

Free chicken broth and wine tasting at Saturday market and wandering attraction liven up the days.

My kids and I went to city center to see how this event goes and of course took some pictures...

About 15 restaurants in Chartres city center took part in this event, means you can see la poule au pot on menu of the day list. 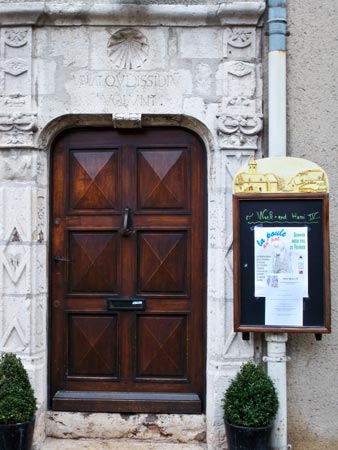 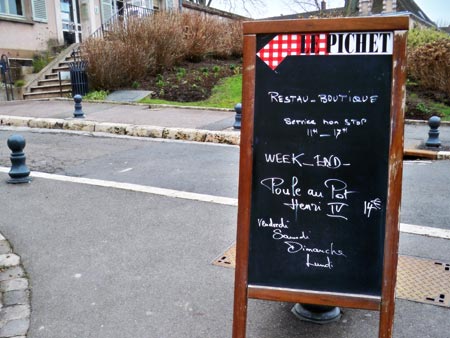 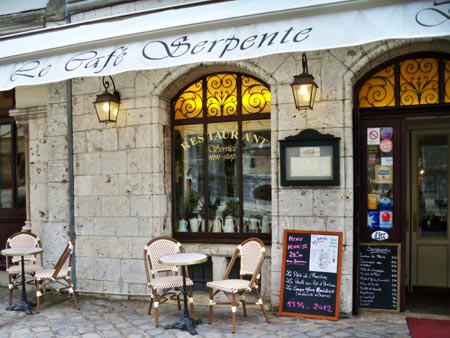 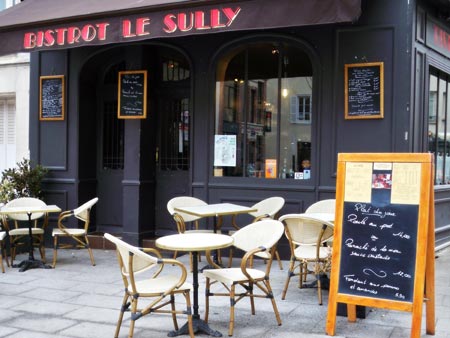 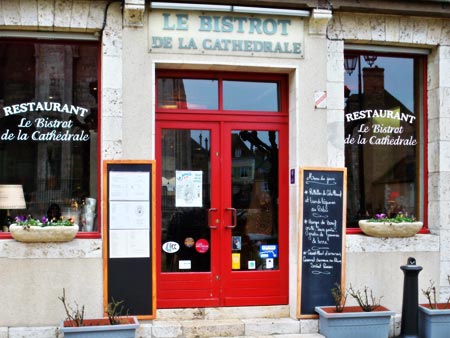 Want to cook the dish at home? I found a good recipe for you - la Poule au Pot recipe of Dorie Greenspan, a cookbook author based in New York.

Arrived in Place Billard, where take place the traditional saturday market, my kids could not resist of the free chicken broth offers! I at first hesitated whether they are really free??? And yes they are free!! 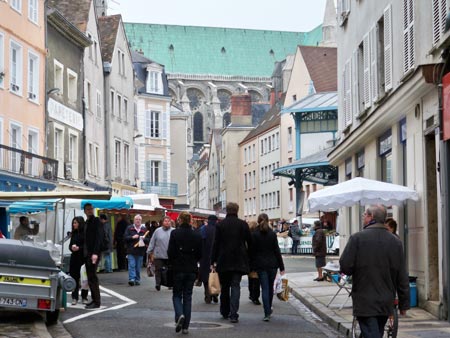 The Saturday market at Place Billard

My kids said "hmm c'est bon..." and in this cold time weather, it was so nice to drink hot chicken broth that could warm our body! 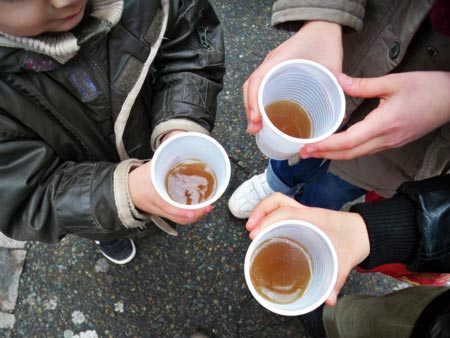 As the Saturday market ended at noon, and so did the chicken broth offers...

However we've missed the wine tasting... we've failed to find it every where in the market. Could be somewhere else?

We went home on the lunch time... surely we've missed also the wandering attraction but we could not stay in city center for the whole day without knowing when was exactly the wandering pass. We hope to see it in Weekend Henri IV the next year...