Chartres cathedral has three main portals - on the north, south and the west. I love to enter the cathedral from the west facade (aka Royal Portal) which leads directly to the central nave. Now let's get ready to go inside the cathedral and discover the interior features and decorations!

The Central Nave and the Aisles

A magnificent view along the nave with seven pillars on both sides, the pipe organ on the upper right and the labyrinth on the the central floor. 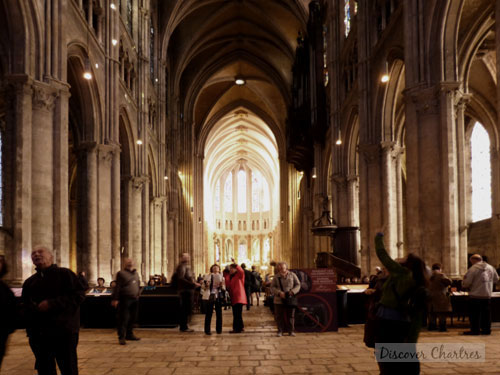 Just after the entry portal - before the nave (aka narthex), there are the rooms beneath the two towers on your right and left side. 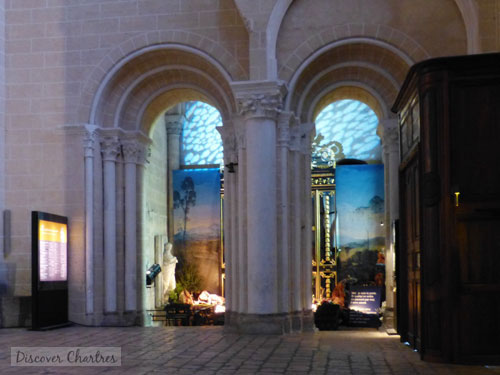 The room on your right side - beneath the south tower 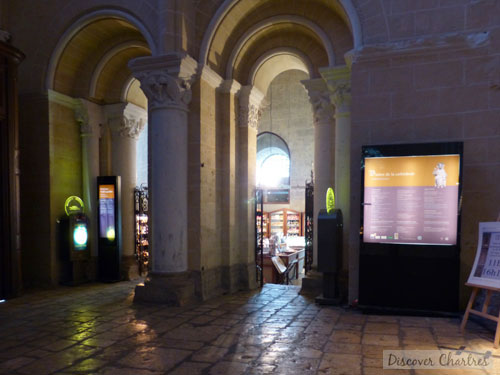 The souvenir store on your left side - beneath the north tower

The room on the left side is now a souvenir store where you can buy postcards, souvenirs and guide books which are available in several foreign languages. 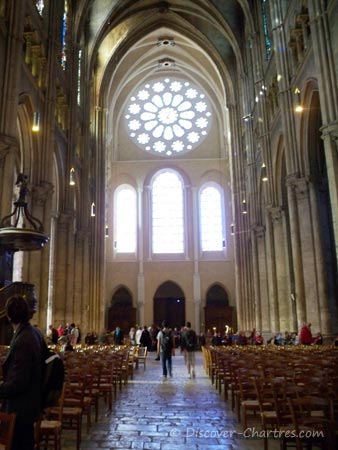 View over the west rose window of the 13th century

The nave of Notre Dame de Chartres is approximately 37 meters high. Here you will see the largest labyrinth ever built in France on the floor of the central nave. 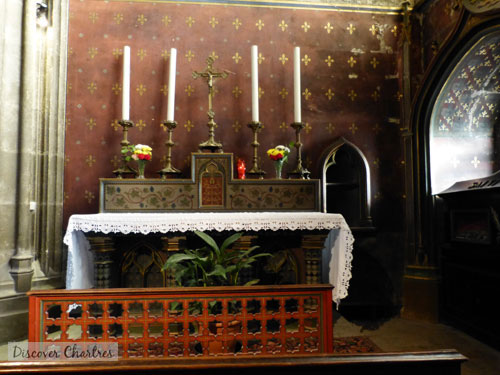 Chapelle de Vendôme - the only chapel on the aisle (south) 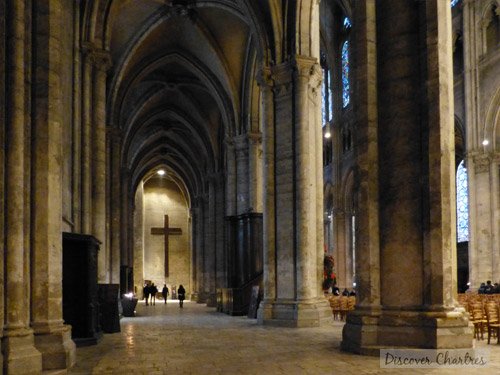 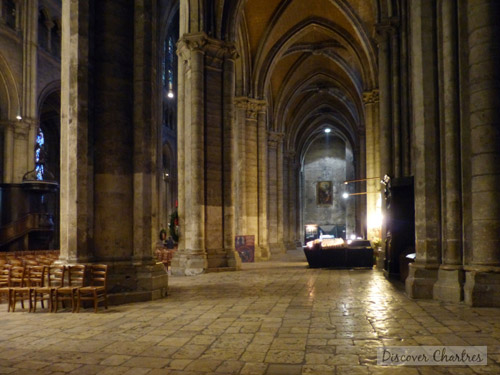 The north aisle on the central nave - view from east. Here you will find the welcome desk that sells entry tickets to the north tower. 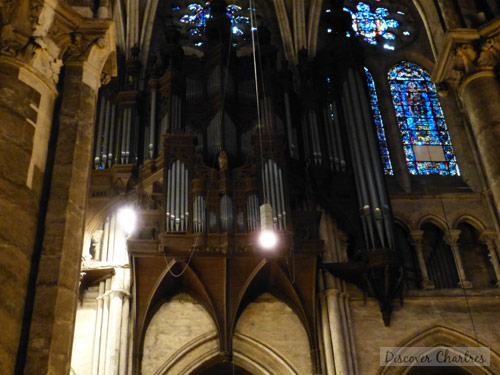 The pipe organ hanging on the south wall on the nave