Chemin de Memoire photos are my photos collection of monuments in Chartres which lies on Chartres's Path of History.

I took all the photos when me and my kids spent our afternoon time by having a mini walking tour - tracing Path of History of Chartres. 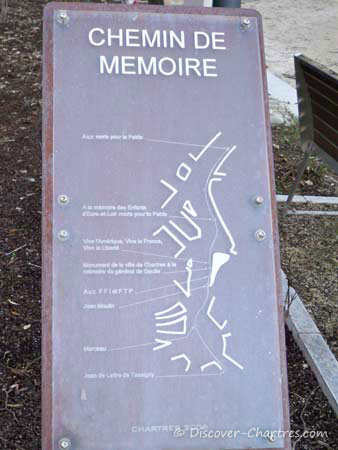 The map of Chartres Path of History shows your location on the tour.

All what you need to do is to follow the plaques embedded on the ground in order to trace the path of history. You can do a self guide tour and if you would need a map, I have created one as seen on the lower section of this page. 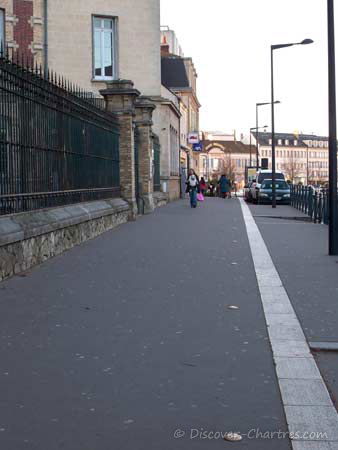 See the row of round plaques embedded on ground along Boulevard de Chasles? My kids were so enthusiast to discover the next commemorative stop by following those plaques.

To complete my knowledge about the history of each monument and personage on Chartres's Path of History, I also read a book titled Chartres, le chemin de mémoire

by Nadine Berthelier which you can buy from Amazon. 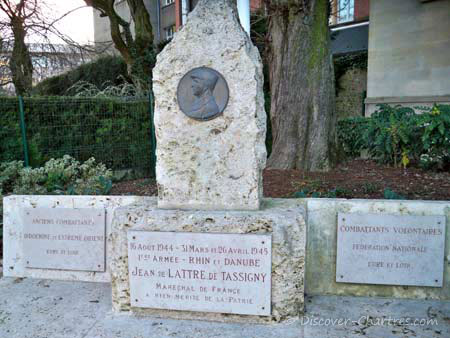 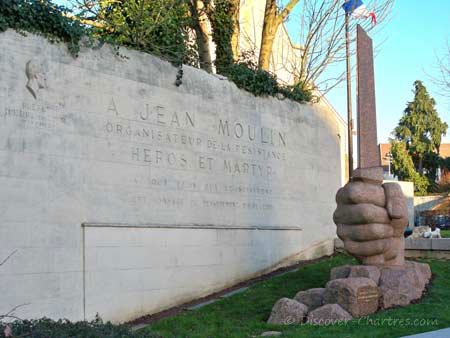 Monument of Jean Moulin - The ashes of the martyrs of concentration camps have been laid to rest under a block of pink granite at the foot of the monument. 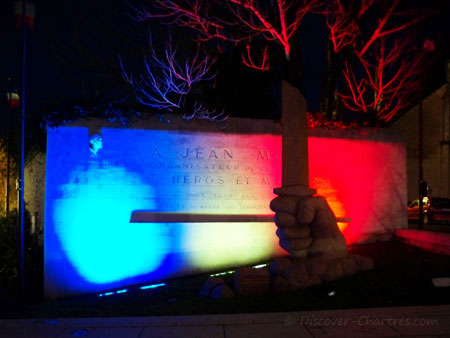 Monument of Jean Moulin at night with three colors flag of France - blue white and red. 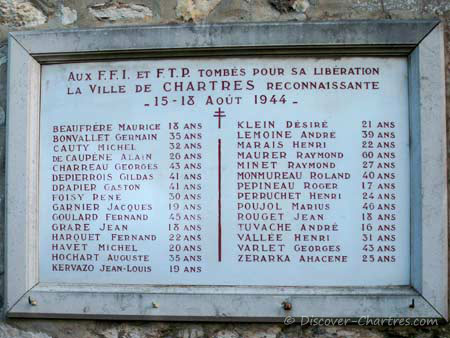 This plaque commemorates the members of FFI and FTP who fought to free Chartres. 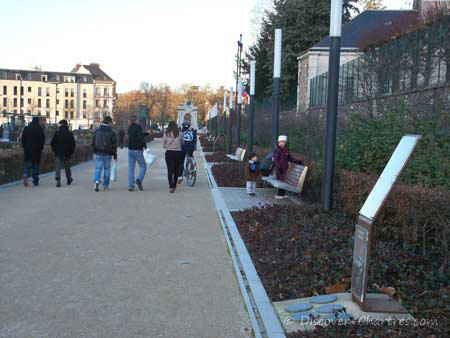 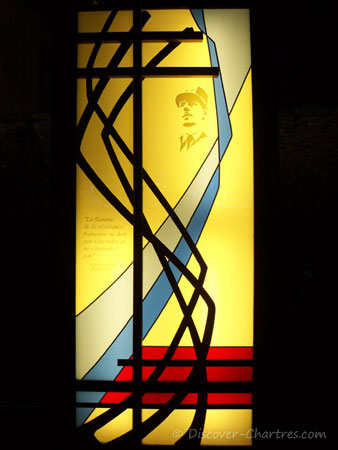 The monument in memory of General de Gaulle at night 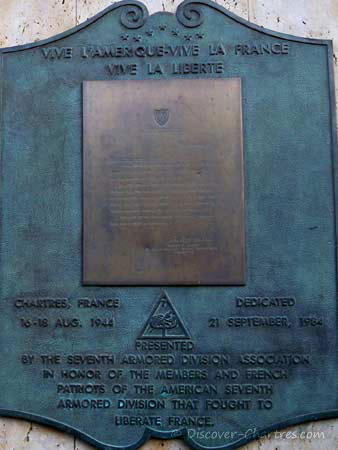 This is a commemorative plaque in memory of the 7th Armoures Division and the US 3rd Army commanded by General Patton who took part of Chartres liberation in 1944.

In the middle of the plaque is a letter from Walton H. Walker, Major General, United States Army Commanding. 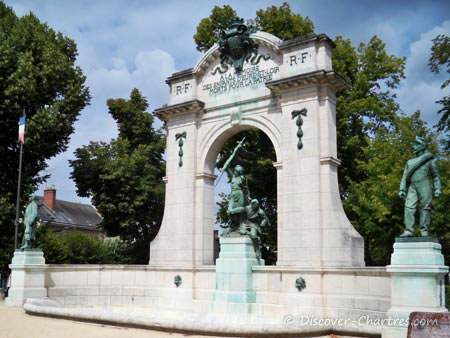 The stone and bronze memorial in memory of young soldiers of Eure-et-Loir who died during the conflict of Franco - Prussian in 1870. 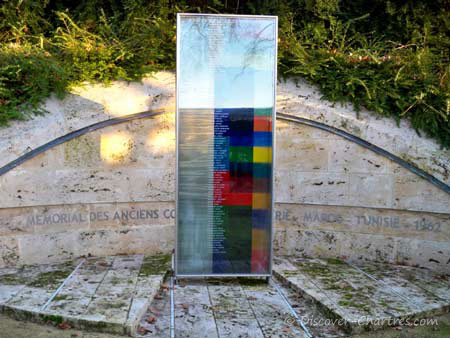 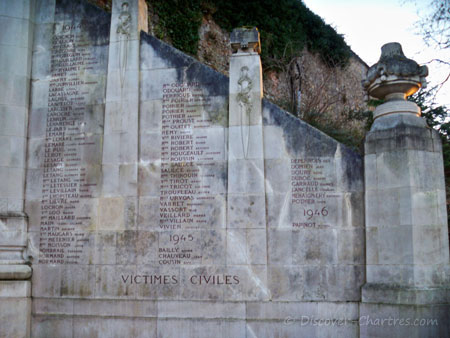 The Great War monument - To the country's Valiant Dead 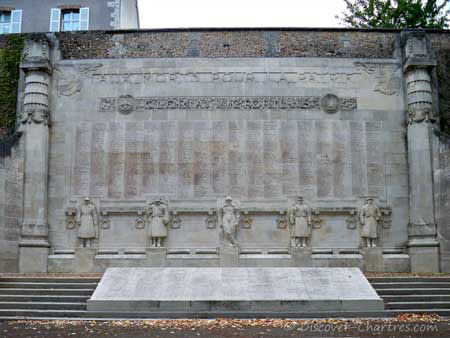 The whole view of the Great War monument 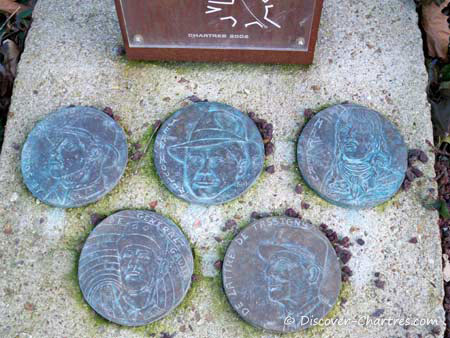 Below is the map of Chartres Chemin de Memoire if you wish to do a self guide. If you prefer a guided tour, please contact Chartres Tourism Office.


View Chartres's Path of History in a larger map

I hope you enjoy the map and Chemin de Memoire photos collection!